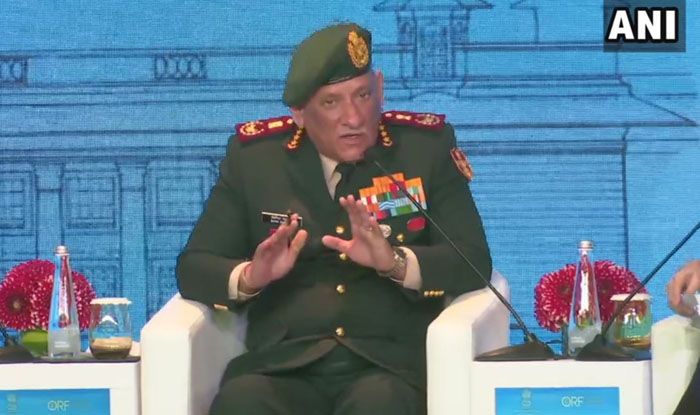 Chief of Defence Staff (CDS) General Bipin Rawat on Wednesday said the spectre of terrorism relating to the country has its epicentre in Afghanistan-Pakistan (Af-Pak) region.

Speaking at Times Now Summit 2020 here, General Rawat said: “The spectre of terrorism as it relates to our region, the epicentre here continues to be Af-Pak region with organisations like ISIS, Al Qaeda, Taliban, JeM, and LeT being some of the very prominent groups that continue to disrupt humanity.”

“India also gets impacted with developments beyond its immediate neighbourhood and in the Indian Ocean region. We are concerned about developments in West Asia and Central Asia because they do have a direct bearing on our national interest,” General Rawat said.

“To build a strong India, we have to ensure comprehensive security in terms economic development, cybersecurity, space, food, community development, environment, health and education but not to forget the relevance of security through a strong military,” he said.