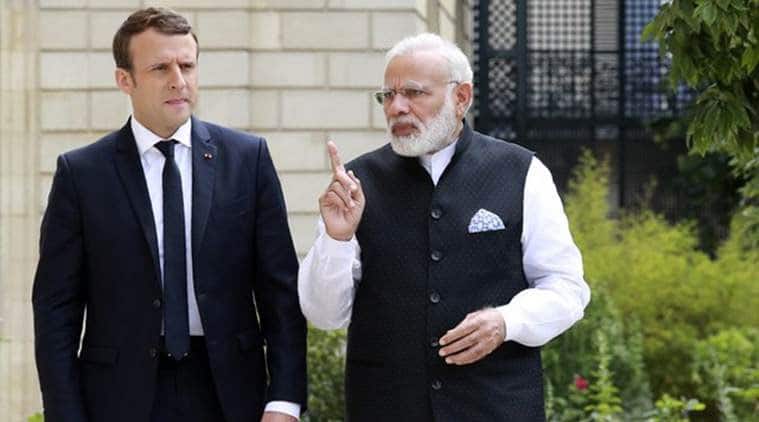 I recently received an Indian visitor who was surprised to see a bust of General Charles de Gaulle in my office. I chose it because this 20th-century French political figure theorised about the strategic autonomy of France. A country with the independence to make its own strategic choices. And that’s a vision we have shared with India since its Independence.

It is thus with great satisfaction that I am visiting Lucknow today for the inauguration of DefExpo — an exhibition as old as France and India’s strategic partnership — which will again see a strong French representation in 2020. France’s seven biggest defence companies (Airbus, Dassault, MBDA, Naval Group, Nexter, Safran and Thalès) will be present, and around 15 SMEs will showcase their know-how of naval, land and air defence technologies, either at the French stand or with their Indian partners.

Apart from the expertise of the French arms industry, this presence also marks France’s full commitment to supporting the Indian government’s Make in India programme in the defence sector. This is not a new-found commitment nor one of convenience, but is part of our longstanding bilateral relations. It is also in line with a certain idea that India and France have of themselves and their way of carrying weight in global matters — that of building their strategic autonomy.

The defence cooperation between our two countries can be traced back to the first few years following India’s Independence. As early as 1953, the Indian Air Force was equipped with a hundred Toofani fighter jets from Dassault, then the Mystère IV, which defended India in tough times. This marked the first page in the history of our cooperation in military aviation, which also recorded the supply of 60 Mirage 2000s in the 1980s — whose performance continues at superlative levels; and, of course, the ongoing delivery of 36 Rafales on schedule. The first batch of aircraft, currently being used to train Indian pilots, will land at Air Force Station Ambala within a few months.

Defence cooperation has been one of the fundamentals of the bilateral relationship, which enabled us to develop a close and ambitious strategic partnership for over 20 years. Today, that partnership has been deployed in the maritime domain, in support of our joint strategic vision for the maintenance of stability and security in the Indo-Pacific. As far as naval equipment is concerned, the Indian Navy has already commissioned two of the six submarines built in Mumbai as part of an industrial partnership between Mazagon Dock Shipbuilders Limited (MDL) and Naval Group. French companies will, of course, continue to be there to contribute to meeting needs for additional capabilities for the Indian Navy or the Indian Coast Guard.

As for industrial cooperation, the French approach has always been, whenever possible, to offer partial indigenous production in India. France was largely a precursor with regard to Make in India, with HAL manufacturing the light helicopters Cheetah and Chetak, and BDL’s Milan anti-tank missile in India in the 1960s. It continues this policy today. The plant built under the Dassault Aviation and Reliance joint venture will enable, for example, the complete production of the Falcon 2000 business jet here in India by 2022. After the delivery of the first two Scorpene submarines, transfers of technology provided by the Naval Group enabled MDL to be solely in charge of building the next four submarines: The design of these submarines has thus become a largely Indian knowhow. Safran will soon inaugurate an aircraft wiring systems factory in Hyderabad and also build another major facility to manufacture LEAP turbofan engine components. Thales is investing massively in engineering works in Bengaluru, MBDA is building a plant in Coimbatore and French aeronautical equipment manufacturer Latécoère recently inaugurated a factory in Belgaum. Over 7,000 people, including 1,500 engineers, are currently employed in Airbus projects across the country. I could continue giving more such examples that show how Make in India has been and is a practice for French aeronautical and defence firms, both yesterday and today.

I am convinced that these concrete industrial partnerships benefiting both our countries are the future of our defence relations. So is our industry. The French aerospace industries association, GIFAS, and GICAN, the French Marine Industry Group, are organising a seminar focused on this subject during DefExpo. Along with the Society of Indian Defence Manufacturers (SIDM), they are exploring opportunities for developing Indo-French industrial partnerships at all stages of the production chain. This long-term bet by France is illustrated by the roots set down by our industries in India: GIFAS opened a permanent office in Delhi in 2018 and 60 of its members are in India through 75 organisations, 20 joint ventures and more than 25 production plants. Further, more than 15 French companies from the naval sector are present in India to work on ongoing projects.

India can count on France being by its side for its Make in India enterprise. We share the same vision for a new balanced multipolar world, which must be based on the rule of law. We also share the same vision on the main challenges of our times, be they security developments in Asia and the Indo-Pacific, or combating international terrorism. But it is by possessing the capability of ensuring our national security and making our strategic choices that we most efficiently defend our shared principles and visions.

It is first and foremost because we are convinced that our joint action must rest on a network of solid cooperation as well as the principle of autonomy that France and India are such strategic partners today.