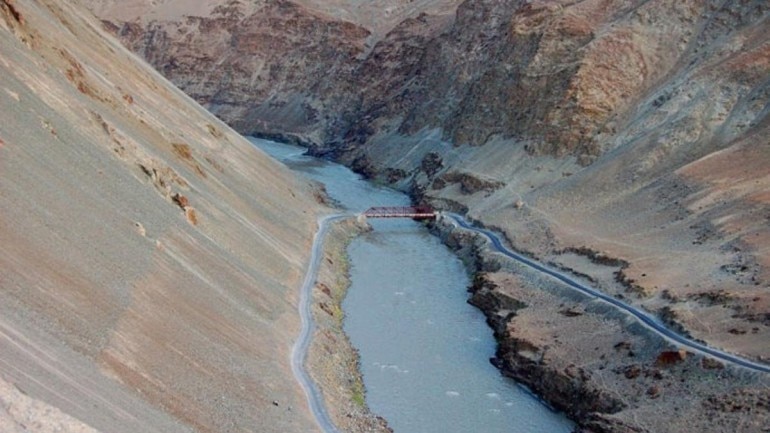 Asking Pakistan to stop blaming India for the water mismanagement in their own country, PK Saxena said, “The building of perception that the water scarcity in Pakistan is because of India bears no relation whatsoever to the reality on the ground. This is only an attempt by Pakistan to divert the attention of its own public from the real issues of gross mismanagement of water resources.”

Earlier in the day, some media reports emerged claiming that India had shared a draft with “like-minded” UN members stating that it would be constructing dams on rivers in the Union Territory of Jammu and Kashmir, thus breaching the Indus Water Treaty (IWT).

India has reiterated its position that it will continue to adhere to the provisions in the Indus Waters Treaty and has or will not be in violation of the international agreement.

Explaining that New Delhi is well within its rights to build dams in the western rivers, PM Saxena said, “India has been scrupulously providing Pakistan its share of water in keeping with the Indus Waters Treaty. This is the most generous treaty ever signed by an upper riparian country which provided India only 18 per cent of the waters. Unfortunately, Pakistan has objected all Indian hydro-electric projects on western rivers irrespective of size and layout. In 2017, Pakistan unilaterally revoked the agreement reached between the Indus Commissioners in 2014.”

The officer termed Pakistan’s actions as “water terrorism”. Speaking to India Today TV, he said, “In some issues, the opinion of a neutral party is not acceptable to Pakistan. These acts of objecting and putting obstacles in order to prevent India to fully utilise its rights under the Treaty are Pakistan’s new “water terrorism” to impede the development of J&K and certainly do not conform to the spirit of the treaty.”

Pakistan is one of the world’s most water-stressed countries and is experiencing massive water scarcity. But, India’s Indus Water Commissioner argues that it is because of their lack of “water management”.

“The fact is that water productivity in Pakistan is much lower than international benchmarks. Pakistan uses nearly 90-93 per cent in agriculture against an average of 70-75 per cent and about two-thirds of water is wasted due to traditional practices. Out of Pakistan’s share of 135 MAF, about 30-35 MAF flows down the sea and more than 30 MAF is what Pakistan calls as “system loss” which is nothing but theft by the influentials. This wastage of water is twice the India’s share in the Indus waters,” said Saxena.

While Pakistani news reports suggest India is lobbying to push a certain narrative in order to deprive Pakistan of its waters, New Delhi is focussed on development of Jammu and Kashmir and in that there has been tremendous outreach to the international community. But not a single document suggests that India would be in breach of the Indus Waters Treaty, in the letter or in spirit.

“It is India’s right to design the projects on western rivers within the limiting conditions imposed by the treaty. India cannot relegate this restricted right given to her to fulfill the aspirations of the people of J&K for their development and remains committed to fully utilising its rights provided under the treaty. India is also meeting all its obligations under the treaty,” said IWT India representative.