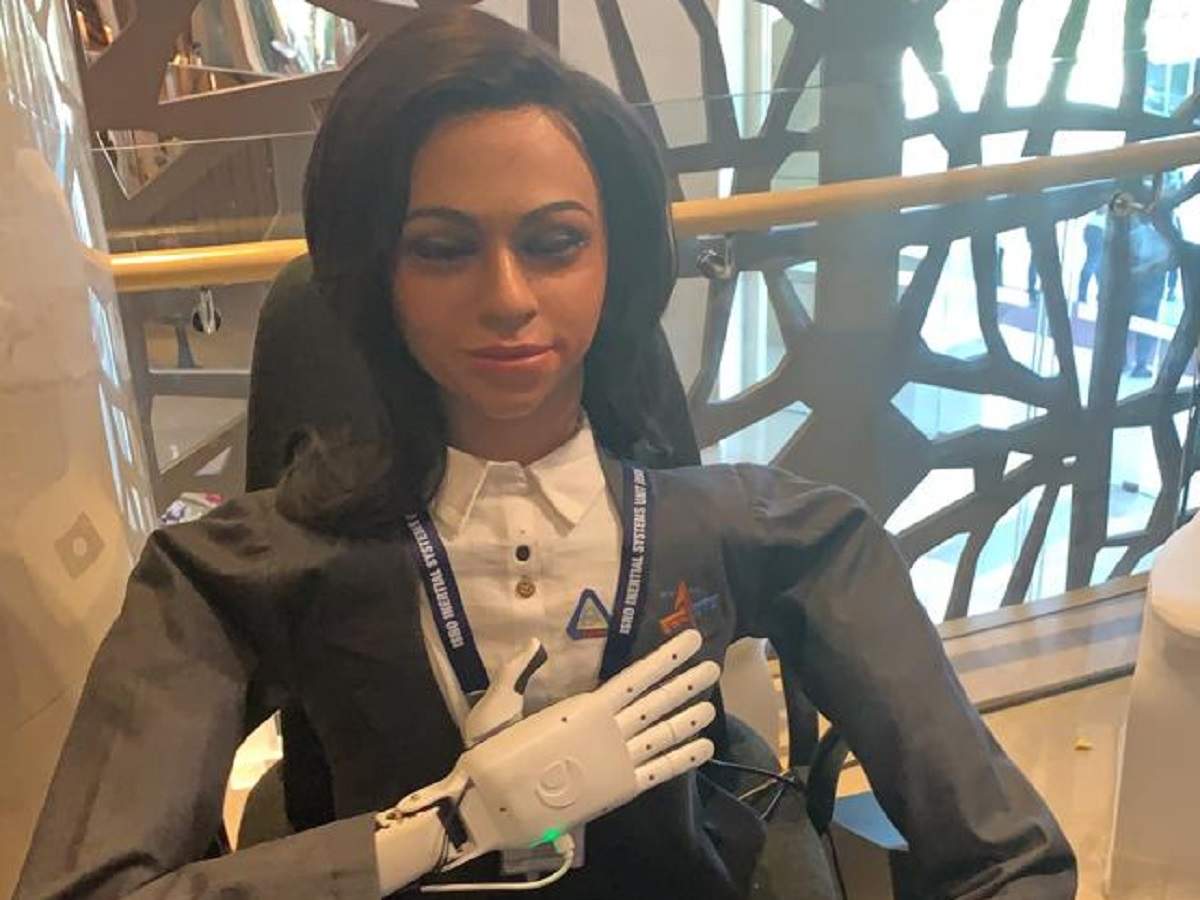 Even before orbiting astronauts on India’s first manned mission to space in December 2021, the Indian Space Research Organisation will send ‘Vyomamitra,’ a lady robot, in unmanned Gaganyaan spacecraft.

The robot was the centre of attraction at the inaugural session of the “Human Spaceflight and Exploration - Present Challenges and Future Trends” on Wednesday.

Vyomamitra, a combination of two Sanskrit words Vyoma (Space) and Mitra (Friend), took everyone by surprise when she introduced herself to the audience gathered there.

“Hello everyone. I am Vyomamitra, the prototype of the half-humanoid, been made for the first unmanned Gaganyaan mission,” the robot said.

Explaining about the role in the mission, she said, “I can monitor though module parameters, alert you and perform life support operations. I can perform activities like switch panel operations…”

The robot said she can also be a companion and converse with the astronauts, recognise them and can also respond to their queries.

“It will be simulating exactly the human functions there (in space). It will check whether the system is right. This will be very useful to simulate, as if a human is flying,” Sivan said.

Earlier, addressing the inaugural function, Sivan said ahead of the launch of India’s maiden human spaceflight venture ‘Gaganyaan’ in December 2021, ISRO will undertake two unmanned missions in December 2020 and June 2021.