Made in India? Modi’s soldiers set to pull trigger on homemade Kalashnikovs 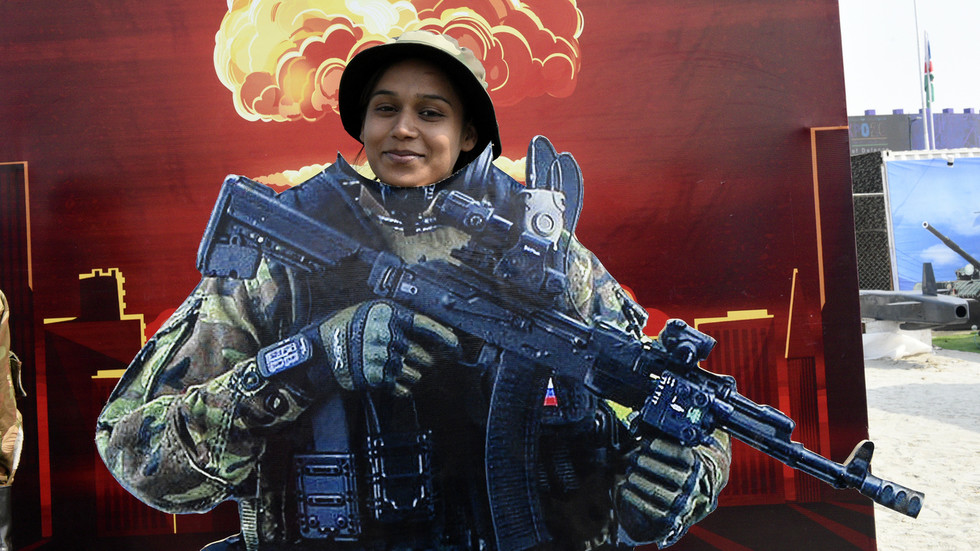 Made in India? Modi’s soldiers set to pull trigger on homemade Kalashnikovs980×551

Every other soldier of India’s million-strong army may soon be armed with a domestically made AK-203 Kalashnikov assault rifle, as a final deal with Russia might be taking shape at the DefExpo in Lucknow.

New Delhi is keen to order 670,000 Kalashnikovs from the joint venture established last year with the eponymous Russian conglomerate. A factory has already been built for the purpose in the northern district of Amethi. However, the initial cost of production and technology transfer is driving up the prices of Kalashnikovs, arguably the most famous assault rifles in the world for over two generations.

The two partners in the joint venture are presently engaged in bringing down the cost from $1,000 per rifle to something more affordable. Even though the AK-203 is a vastly improved and advanced version of the rifle, its iconic predecessor, the AK-47, can be bought for a few hundred dollars in the global arms market.

A delay, not an impediment

Despite the delays, the Indian Kalashnikov project is fueled by the political will of both nations. Prime Minister Narendra Modi declared on Wednesday that he wants India to export $5 billion worth of weapons within five years.

“How long can the world’s second-largest population, second-largest army and the largest democracy remain dependent only on imports?” Modi said at the DefExpo. Indigenization of weapons is a huge priority for his government.

New Delhi is keen to reduce its weapons-import bill, which until recently was the biggest in the world but is now second only to Saudi Arabia. Estimates suggest that India bought over $100 billion worth of weapons between 2008 and 2017. That all goes with a massive military budget, the fourth-largest on the planet.

Russia is a willing partner in the Kalashnikov project, hoping for a complete technology transfer after the Amethi factory has produced the first 100,000 rifles. Once the joint venture sorts out the key issue of price – which is not an insurmountable matter, given the mass production and export opportunities that come with it – that dream won’t take long to become reality.

India is determined to completely replace its INSAS (Indian Small Arms System) rifles, indigenously developed in the 1980s, with the AK-203 in the coming months. The two appear similar but vary greatly in size and impact. The Indian rifles are heavier than the Kalashnikov’s four kilograms and have a shorter effective range than the AK’s 800 meters. Kalashnikov also has an automatic fire mode, which the INSAS lacks. All of these features add up to a major advantage in the field, where combat can last for hours.

Moreover, Indian soldiers are already familiar with Kalashnikovs. Over the years, they have used them extensively in Kashmir, where terrorists often emerge from hiding armed with the same rifles. The Indian Army even has the concept of ‘sector stores’ under which the troops stationed in Kashmir and the North East are equipped with AK-47s and not INSAS.

Soviet tank mechanic Mikhail Kalashnikov finalized the design of the original Avtomat Kalashnikova (Automatic Kalashnikov) in 1947. Known for reliability and ease of use, his AK-47 has since become the iconic weapon of choice around the world. It is estimated that one in five firearms – about 100 million – on the planet today is a Kalashnikov of some kind.

The AK-203 is the export version of the AK-12, which is currently being phased into Russia’s own armed services as the standard assault rifle. Unlike the AK-12, it uses 7.92x39mm rounds, and India has long preferred the 7.62x51mm NATO caliber.

What the slightly shorter rounds of the AK-203 may lack in range and accuracy, the rifle makes up in reliability. It is rugged and easy to use, which is perfect in the tough conditions of the Indian frontier, such as deserts or mountains. It is also easy to repair, and if the AK-47 is anything to go by, can last 20-40 years.