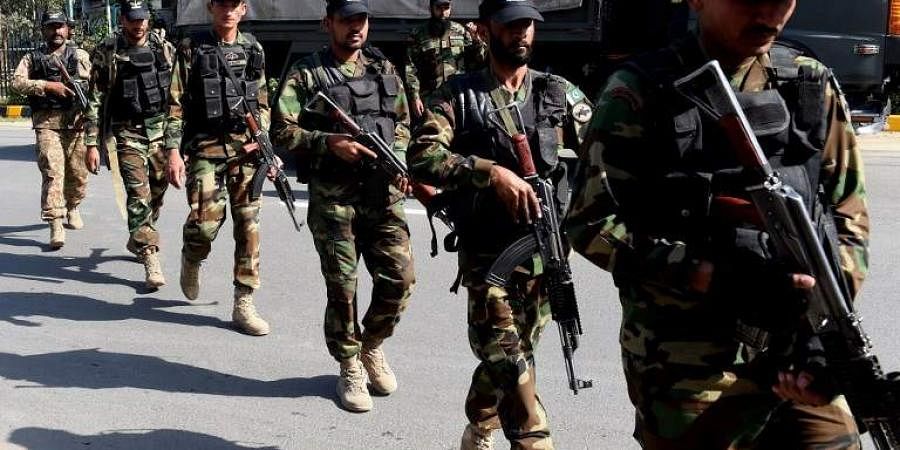 A member of the Pashtun Tahafuz Movement (PTM) has said the Pakistani military establishment has been supporting the Taliban and using them against India and Afghanistan.

Mustafa Miakheil said that hundreds of madrasas exist in Khyber Pakhtunkhwa where the Taliban gets training under the patronage of the Pakistani Army.

“Many madrasas are located in Peshawar like the Haqqani madrasa, where some 10 lakh people come to study. When they come out, they engage in terror activities in Kashmir and Kabul. In Pakistan, there are 400 big madrasas. Every year, 200 to 300 Taliban passed out from each madrasa. Who is sponsoring them? It is the army!” Miakheil said.

The Pakistan Army claims to have launched operations against the Taliban in Federally Administered Tribal Areas (FATA) and Khyber Pakhtunkhwa in the war against terror. However, civilians are being targeted in those areas while the Taliban breathes free, the activist said.

“The situation there (Khyber Pakhtunkhwa) is very bad. There are no media. We don’t get our rights as Pakistan do not consider as its citizen. We say that we are Pakistanis; they say no, you are `traitors’. We say that we love this country, but they don’t believe us. This has been continuing for the past 70 years. Pakistan Army has killed some 70,000 people in the tribal areas. It bombarded our houses. Everything is destroyed there,” he added.

The Pashtuns have been holding protests in parts of Pakistan and the rest of the world to raise their voice against brutalities by the Pakistani establishment.

“Over 70 thousand Pashtuns live as refugees. Some 4-5 million tribal Pashtuns are living away of their houses. We have crude oil and gold reserves, but it is all captured by the army. The army supports the Taliban and then carries out attacks in that area to disburse people” Mustafa noted.

Pashtuns make up the majority of the population along the border with Afghanistan.

Since 2002, militant violence has forced more than five million people in Pakistan’s north-west to leave their homes to seek refuge either in government-run refugee camps or rented houses in peaceful areas.

There are no official figures of the total death toll of this war but estimates from academics, local authorities and activists put the number of civilians, militants and security forces killed at well over 50,000.

Pakistan is using Taliban’s against india but also using ISIS against india…We comes to know that pakistan wants to sell POK to china. But we the people of india with full force to resist pakistan to do that…ThePOK is integral part of india.Thanks.