UN, US must act to prevent conflict between nuclear-armed nations: Pak PM 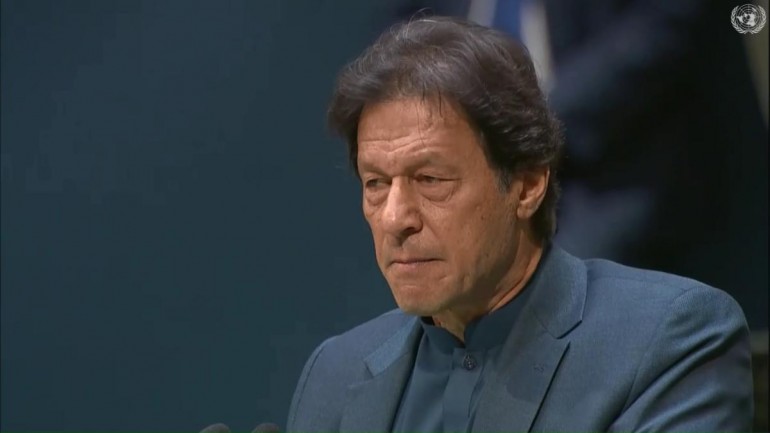 UN, US must act to prevent conflict between nuclear-armed nations: Pak PM770×433

Pakistan Prime Minister Imran on Wednesday urged the international powers, including the UN and the US, to help de-escalate tensions with India, saying they “must act” to prevent the two nuclear-armed countries from reaching a point of no return.

Imran Khan, who is in Davos to attend the World Economic Forum, also claimed that India might attempt to raise tensions at the border in order to divert attention from domestic protests against the new citizenship law and Kashmir issue, according to Dawn newspaper.

“You cannot have two nuclear-armed countries even contemplating a conflict,” Khan said while speaking during an interview with the International Media Council on the sidelines of the WEF annual meeting in Davos.

For this reason the UN and US must take steps, Khan said, a day after meeting US President Donald Trump who repeated his offer to help on the Kashmir issue.

Khan also demanded that UN Military Observer Group in India and Pakistan (UNMOGIP) be allowed along the Line of Control, the paper said.

India maintains that the UNMOGIP, established in January 1949, has outlived its utility and is irrelevant after the Simla Agreement and the consequent establishment of the LoC.

Prime Minister Khan said that he “came across a brick wall” when he reached out to his Indian counterpart Narendra Modi after assuming office in 2018, and the ties deteriorated after India carried out air strike in Balakot targeting Jaish-e-Mohammad training camp following the Pulwama attack that killed 40 CRPF personnel.

But “things went from bad to worse” when India abrogated Article 370 that granted special status to Jammu and Kashmir in August last year, he said.

“I just think that the path which India is going [on] is a disaster for India,” Khan was quoted as saying by the paper.

Responding to a question, Khan said the close relationship between India and the US was “understandable” because of the former being a huge market for the latter.

Idiot Imran is never qualify to say this words to giving advaice to other nations…Imran you will be defeated just as like as former Iraq leader saddam Hussain.