Unpleasant surprise for Washington? US oil sanctions on Iran force India to look to Russia 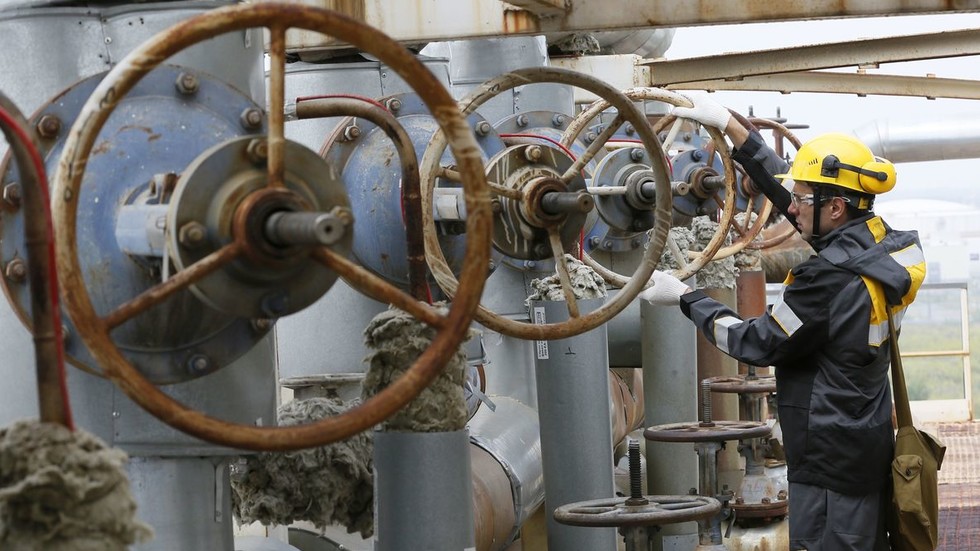 Unpleasant surprise for Washington? US oil sanctions on Iran force India to look to Russia980×551

Escalating US pressure on Iran, including sanctions targeting Iranian oil exports, may have had an unexpected consequence – pushing India to diversify its energy supplies by shifting from Tehran to Moscow as a major oil supplier.

State-owned oil refiner Indian Oil Corporation (IOC) has just signed a contract with Russia’s Rosneft for the supply of up to 2 million tons of oil by the end of 2020. The meeting took place on the sidelines of India’s largest weapons fair, DefExpo, currently going on in Lucknow.

The contract could be a precursor to an emerging energy security partnership between India and Russia, with more deals to come. India is the world’s third-biggest oil consumer and importer, shipping in more than 80 percent of its crude needs.

Security turmoil in the Middle East impacts energy trade ::
Iran was the third largest exporter of oil to India in 2018, right behind Iraq and Saudi Arabia. Between sanctions and spillover violence, the escalating tensions between Washington and Tehran have endangered all three of those sources.

US sanctions against Iran are intended to cripple Tehran’s economy and force it to give up any nuclear ambitions, ballistic missile development, and support for militants in Syria, Yemen, Lebanon, and elsewhere.

The conflict has spilled over to neighboring countries, however. The largest Saudi oil complex was hit by a drone strike in September. Yemen’s Houthis claimed responsibility, while the US blamed Iran. Meanwhile, Iraq has been dealing with shipping interruptions due to ongoing protests over economic conditions, which only got worse following the January 3 US drone strike in Baghdad that killed Iranian General Qassem Soleimani. Iranian retaliation by launching missiles against two US bases in Iraq appears to have driven India to take its oil business elsewhere.

Seeking diversification ::
India has already been seeking other sources for its energy needs away from the Middle East, in a bid to hedge geopolitical risks. Oil imports from the region shrank from 65 percent of India’s total in 2018 to 60 percent in 2019.

Another driver of this policy is the Indian government’s commitment to increase the use of cleaner fuels such as liquefied natural gas (LNG) from six percent to 15 percent by 2030. As a result of security developments in the Gulf since January, India’s energy cooperation with Russia has now acquired a sense of urgency never seen before.

IOC’s historical reliance on Middle Eastern sources has been partly due to their proximity and the resulting difference in shipping costs. Most ports in the Persian Gulf lie within 2,500 kilometers of India, while Russian ports are located over 7,500 kilometers away. For that reason, Indian state refiners have previously preferred to buy Russian oil via the spot market rather than under contract.

“We have had a major breakthrough in the energy sector,” Foreign Secretary Vijay Gokhale said at the time. “This is a sector where we are looking to diversify our sources of supplies and we are increasingly finding it attractive to buy oil and gas from the Russian Federation.”

India’s strategic relationship with Russia can be traced back to the Soviet era, but the relationship between Moscow and New Delhi has evolved in recent years to encompass energy, defense, nuclear cooperation, and space. Russia and India are also committed to expanding bilateral trade, hoping to reach the mark of $30 billion in annual exchange by 2025, up from the current $11 billion.

On the whole, the actions of the Trump government in Iran and their wider impact on the Persian Gulf have elevated the Indo-Russia relationship, something that Washington may not have had in mind.